Magnetic Analysis Corporation has introduced an eddy current test for detecting cracks and inclusions in Nitinol wire.  Nitinol, a SMA (shape memory alloy) made of approximately equal parts nickel and titanium, plays a key role in many critical surgical applications such as insertion of peripheral stents and heart valves. Its ability to be deformed at one temperature during insertion into the body, and then recover its original, undeformed shape when it is heated above its “transformation temperature” to typical body temperatures of 98.6°F (37°C), is essential.

For this type of critical end use, the highest quality must be assured. Nitinol wire is often subject to cracks and inclusions, which can form from the melting process during production. Using a MultiMac® SM eddy current instrument with its phase sector output gate and MAC’s Wiretester test coils for small diameter applications, cracks and inclusions can be detected. Separate counts for both conditions can be provided, while rejecting only the wire with cracks. The inspection can take place at high speeds during production, and MultiMac® SM provides complete reporting and networking capabilities.  MAC can supply test coils as small as .013” ID.

MAC also offers a Grading Software option to provide customer specific automatic grading and data for each coil of wire produced. Each coil is tagged with a unique coil ID and graded based on the number and type of defects detected, as specified by the customer. In addition to the grade and total defect count of each type that is found, the data provided includes date, time, coil length and production line. Customers can also choose to grade based on sections rather than the full coil. The user Interface of the Grading Software module provides a clear, intuitive view of the current shift’s coil grading results and the grading policies used, as well as the ability to review historical data, import to a customer database, or print. 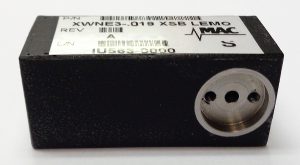 MAC’s small diameter .019” ID eddy current coil can be used for detecting cracks and inclusions in Nitinol wire. Wire passes through the center hole at right. 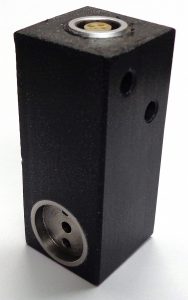 MAC’s small diameter eddy current coil. Connector is shown at top, Wire passes through the center hole on the bottom. It can be used for detecting cracks and inclusions in Nitinol wire.